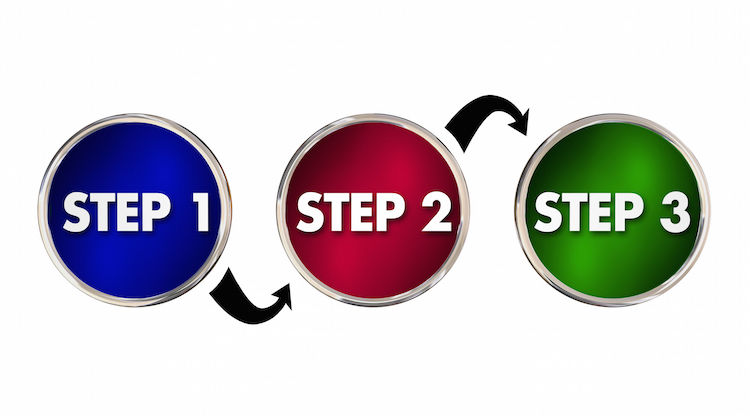 Those who are involved in Lean process improvement know that we have a structured way of driving breakthrough improvement, those who have not yet experienced this methodology can be forgiven for being a little more sceptical. However, one adage that helps to keep us focussed and continue to deliver these amazing results is “follow the process”.

We obviously say this with confidence, knowing that the process works, but it’s never a bad thing to be reminded of the power of this process that we use.

Recently I was working with 3 teams to make improvements at a hospital. The leader of the hospital was clear that he was excited to have these activities focussed on helping his teams to help their patients, but it was also clear that he was a little sceptical about the kind of results that he had been promised. After all they were bold claims and he was already convinced that his teams were the best at what they do and were already working hard on patient care.

The improvement teams undertook their events under the fantastic guidance of some great facilitators but half way through the week we hit some road blocks for one of the teams. It appeared difficult to get some of the changes that we needed physically implemented that week and it looked that we may not deliver what we expected. The Lean facilitation team kept ‘pushing’ but it seemed an uphill struggle and they were close to accepting failure.

However, they followed the process and to their surprise the client actually made the planned changes! It turned out that they were also very excited by the prospect of the changes and we were all amazed at how much they made happen with their IT and facilities teams in the short time available. In anyone’s expectations minus 23% in the total touch time needed by the staff is a great improvement.

The great thing was that this was only one of the three activities undertaken that week. One of the events delivered up to 40% reduction in patient flow time and the other between 13% and 62% in the various turnaround times for diagnostic reporting.

If there was ever anything to reinforce the principle of ‘follow the process’, this was it.

Congratulations to the hospital team and thanks for the great facilitation by the Lean team.

We use cookies on our website to give you the most relevant experience by remembering your preferences and repeat visits. By clicking “Accept All”, you consent to the use of ALL the cookies.
Cookie SettingsAccept All
Manage consent

This website uses cookies to improve your experience while you navigate through the website. Out of these, the cookies that are categorized as necessary are stored on your browser as they are essential for the working of basic functionalities of the website. We also use third-party cookies that help us analyze and understand how you use this website. These cookies will be stored in your browser only with your consent. You also have the option to opt-out of these cookies. But opting out of some of these cookies may affect your browsing experience.
Necessary Always Enabled
Necessary cookies are absolutely essential for the website to function properly. These cookies ensure basic functionalities and security features of the website, anonymously.
Functional
Functional cookies help to perform certain functionalities like sharing the content of the website on social media platforms, collect feedbacks, and other third-party features.
Performance
Performance cookies are used to understand and analyze the key performance indexes of the website which helps in delivering a better user experience for the visitors.
Analytics
Analytical cookies are used to understand how visitors interact with the website. These cookies help provide information on metrics the number of visitors, bounce rate, traffic source, etc.
Advertisement
Advertisement cookies are used to provide visitors with relevant ads and marketing campaigns. These cookies track visitors across websites and collect information to provide customized ads.
Others
Other uncategorized cookies are those that are being analyzed and have not been classified into a category as yet.
SAVE & ACCEPT